By following a Minerva’s flight of wonder in Costa’s experimental >strata< series, we follow a form of artistic experimentation on strata as archive of captured nature in which we are invited to deviate from geological principles such as >original horizontality< in which sedimentary rock strata are supposed to form in horizontal positions. >Strata< question horizontally layered archives of reality. In Sérgio Costa’s series Strata we are given a new diagramming strategy of art not only by the means of painting but as well by changes of dimension in strata experiments from 2012 onwards introducing a fragmentary map principle in Strata #15 and an anaglyphic principle in Strata #19, #20, #21 as shown first in the Geological Museum of Lisbon (5th of April to 3rd of May 2014) and now in his exhibition – linked to the shortlist of the Arte Laguna prize [Venice 2014] in May-June 2014 at the gallery Carlos Carvalho. Arte Contemporânea in Lisbon (14.5-4.6.2014), Portugal.


Strata come at least in a pair, in a double bound or in multiple layers. One stratum therefore serves the others as a “substratum”(Deleuze/ Guattari, A thousand Plateaus) -and one might add- as double pinchers of a lobster (Deleuze/ Guattari’s image of strata) or as earthly rock layers, or atmospheric strata as well the stratified peel of an onion. Strata-layers can be rigid or twisted, elastic or tense; in any case strata move, can be moved and are not timeless, but on the contrary, even that we as humans might observe them as relatively stabile, strata are already part of a time lag and a local shift, as are strata of experiences, or as we call them here: attentional strata that Sergio Costa develops.


Strata appear not necessarily as rock layers and stratification does not equal horizontal petrifaction, but >strata< can - as in the image sujet of Sérgio Costa’s paintings- show up as layers of rock- not only densified by pressure, and broken up- refolded or transformed into maps, smoke, clay and even exhumed dust of decaying proto-objects.


Strata appear as layers of two images on the two sides of an interstice line. The interstice line often orients us in Sergio Costa’s Strata paintings, and as such lets us discover his work as maps of unknown or anonymous materials in the observation of which we gain a certain complicity and that we in a first necessary “disillusive moment” identify with rock. However, Costa’s work is a meditations on the virtualization of our (visible) and touchable supposedly stable and firm reality. It is therefore not merely a matter of deciding, whether the Strata-maps are indexical or related with a material object (the territory of the painting) or whether it is the “territory itself”, index sui, pointing at itself. The getting visible of strata grids becomes a technique and strategy of orientation in Strata #15, #17, #18 a series of three Strata oil paintings that come close to the former principle of Costa’s work on “Sampling puzzles” in order to create maps to orient in an ungrounded world.


In its majority the oil on canvas/linen >Strata< paintings are composed of at least two strata or layers that we perceptually unify habitually at first sight- the exception hereby are >Strata< #5 and anaglyphic Strata #19, #20, #21 that seem to convey a unity of the image, however one has to remember that the >Strata [#1]< is missing and as such a first strata or grounding of reality in Sergio Costa confronts us with the anti-foundationalist multiplicity of >strata< and his artistic strategy of destratification. Therefore the line in between the two layers of the image are sometimes more (#2, #6, #8-11, #13-14, #16) sometimes less (#3, #4, #7, #12) visible interstice lines between two parts depicting stratified calcium formations on the oil painting, leading us to a geo-philosophical reflection on strata in the tradition of Nietzsche, Foucault, Deleuze or recently Negarestani.


*
Strata#15 de-stratify not only the rest of the painting series before and after number 15. This means: >Strata #15< shows other strata not only as rests of maps, but Strata#15 also shifts our attention towards the fact that strata in the sense of Sérgio Costa are foremost maps, and as such would be better studied - not in the science of geography or geology- but “in painting” -as Deleuze famously claimed in his small and precious text “What Children say”. Strata #15 is an excellent way to study painting as map-making- a temporarily orienting strategy in time, space and affective intensity- and all of it still in the making.
The closer one gets to Costa’s >Strata< the more the process view of painting as map-creation becomes visible, the more far the observer distances herself from the >Strata<, the more virtual the surface of Costa’s art in general becomes. >Strata 15< is also the place where Costa’s >strata< are openly stratified formations and map at the same time, ruler and pencil, hand and thought, breath and rhythm., all on the surface. Thus >Strata< #15 invites us to go beyond the possibilities we always imagined things to be in their historical stratified forms and methods- and in relation to our lives. Sergio Cost’s >Strata< ask us:
How do we orient in between and above strata?
How do we orient ourselves in between and above what we always thought was stable, fixed, grounded, or based on scientific facts and principles?
*
There is another important new dimension in this series of >Strata< from 2013-2014 starting with underdetermined proto-amorphous things: The forming of mesh of clay and the drying of the wet mesh through which its porosity appears in Strata #20 and #21, exhibited in a showcase before we had entered the exhibition space at the Geological Museum. And even after transporting these frail underdetermined things into the realm of painting, in which we can see them as paradoxes (simultaneously a proto-brain slice or/and a slice of petrified toasted bread) our imagination while observing these >things< is unlimited in a trivial matching game of similarity. The concreteness of these sub-(jectival) objects brings us further due to its contextual embeddings and transport into the realm of a museum space, the geological museum, in the building of the Portuguese Academy of Sciences. Strata of Sergio Costa turn into a “real counterpart”, a virtual syncope of petrified objects, first conceptually exhibited in the Lisbon Museum of Geology in the building of the Portuguese Academy of Sciences, an artistic principle of ungrounding and virtualization of the material Museum space and its displayed objects, and the putting into question of scientific grounding or the “un-changeability” of scientific laws and orthodox orders.
*
#Ungrounding Strata#
In >Strata< #20 and #21 the porosity that is an openness of craters and valleys unlike its geological counterpart of sedimentation can be put into perspective as artistic strategy opposed to an geological sedimentation principle of stratification. Costa´s >Strata< exhume the fixity of our habitual perception of things and thus strata as rock layers start decomposing, while not even the most hard rock on which religions belief to be build, escapes this virtualizing principle of de-stratification or ungrounding. By the introduction of new anaglyphic works of strata, Sergio Costa can now be seen in 3D, without any need to go to a multiplex cinema- the cinematic anaglyphic mode in 2014 reached the geological museum, it catapults the observer to a nature 2.0. The more the observer seems to recover in this optical illusion the “original” 3D structure of the object in study, in a “regrounding” of reality, the more he tries to root them on a platonic plane, the more >strata< virtualize and ungrounds.
Lisbon, 17 of April 2014

from the upcoming book:
Alexander Gerner (2014). Strata. Sérgio Costa. Books on Demand: Norderstedt
Alexander Gerner is a German researcher in philosophy based in Lisbon. He is member of the CFCUL at the University of Lisbon with his project http://cognitiveenhancement.weebly.com/
His work is supported by a Post-Doc grant by the FCT foundation: SFRH/BPD/90360/2012 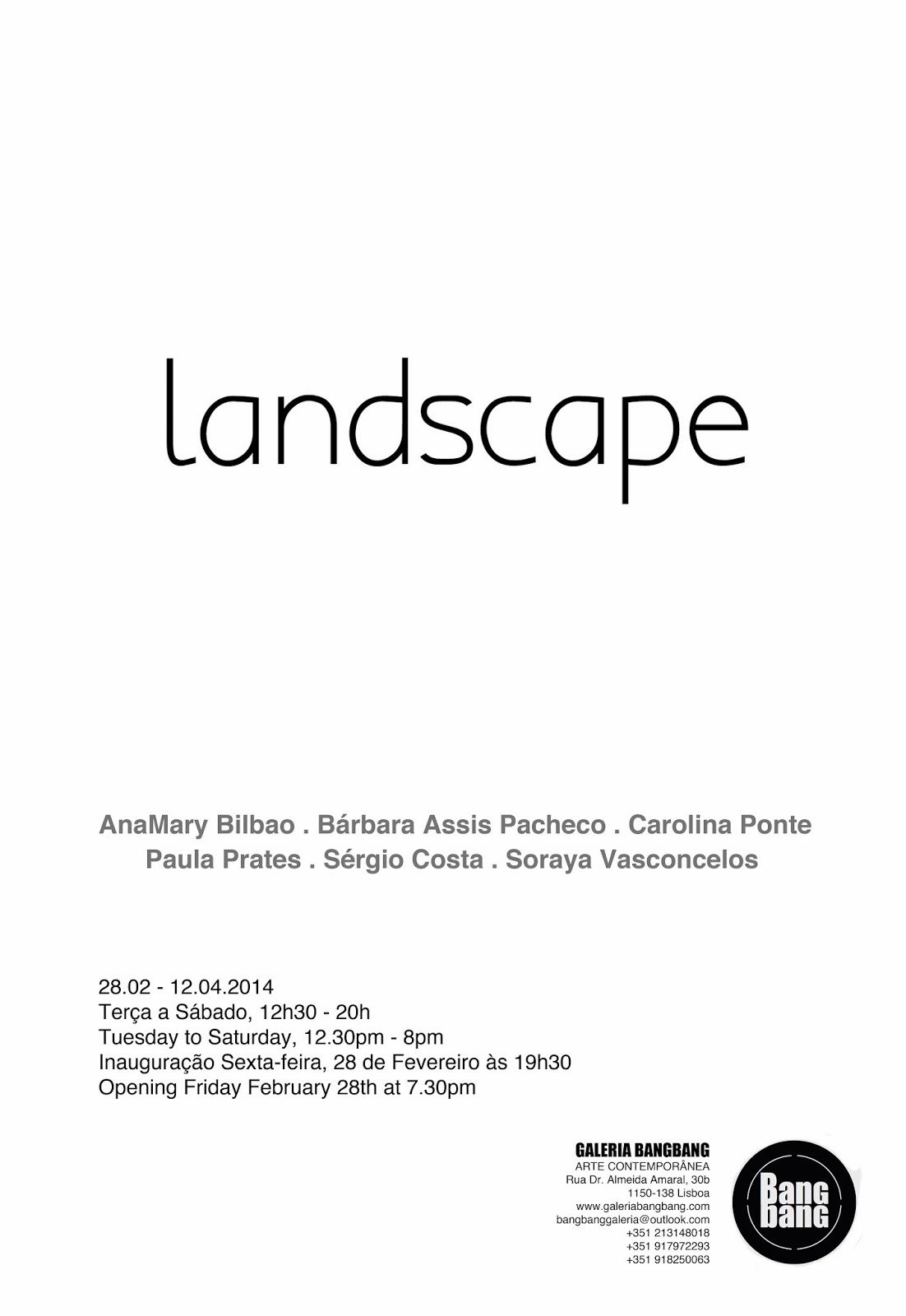